On our last day in Egypt, we started the day sleeping in, which felt super nice after all our adventuring. We of course got up in time for the incredible breakfast at the hotel. It is literally so good I wish you could all experience it.  After breakfast we had about an hour before our tour guide was scheduled to pick us up, so we decided to walk around a bit around our hotel and do a bit of souvenir shopping.  One of the downsides of Egypt was the aggressive men selling souvenirs. At each of the monuments/temples, there were tons of stands selling beautiful arts, spices, and trinkets. Unfortunately, if you showed any interest at all, you would be bombarded with attention which lead to stress so we avoided these stores the whole trip.  But since it was our last day we decided to try to find some less stressful stores.  Fortunately, we found a super nice man with a store across the street from our hotel.  And the great thing was that all the products had prices on them already so we didn’t need to barter. I finally got some paintings on papyrus papers, a little pyramid sculpture, and a few other little souvenirs. 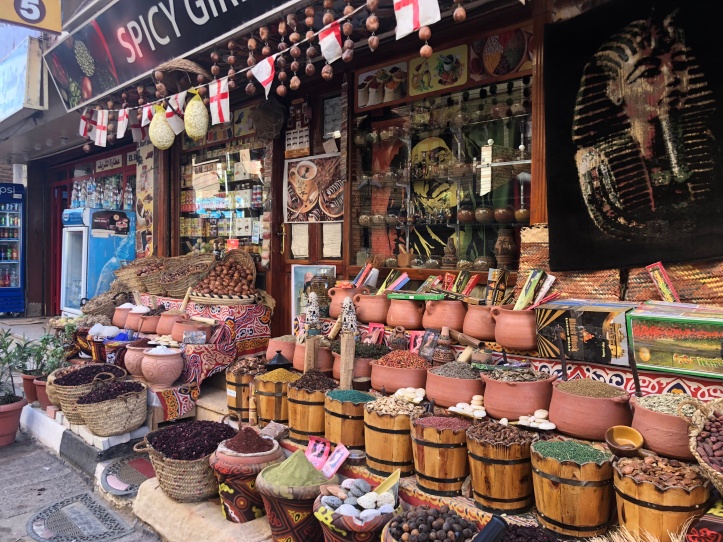 Our first stop of the day was the famous Karnak temple, which is the second largest temple in the world. It is also the second most visited historical site in Egypt (behind the Giza pyramids).  It was comprised of temples, chapels, pylons, and other buildings. The key difference between Karnak and most of the other sites in Egypt was the length of time which it was developed and used. Construction started in the Middle Kingdom and continued into Ptolemaic times. In addition, about 30 pharaohs contributed to the building, which lead to its large size, complexity, and diversity.

A very famous area of Karnak temple is the Hypostyle Hall (in photo 2 and 4). This hall has 50,000 sq ft, with 134 huge columns arranged in 16 rows.  It is quite a sight to behold, and made me feel so tiny to be surrounded by these huge, ornate structures built so long ago.  It blows my mind to even think about ho long it took for these temples to be constructed.  Each column was carved out of the earth, intricately carved, transported huge distances, and even lifting them up and ensuring they’re stable.  It is so cool! 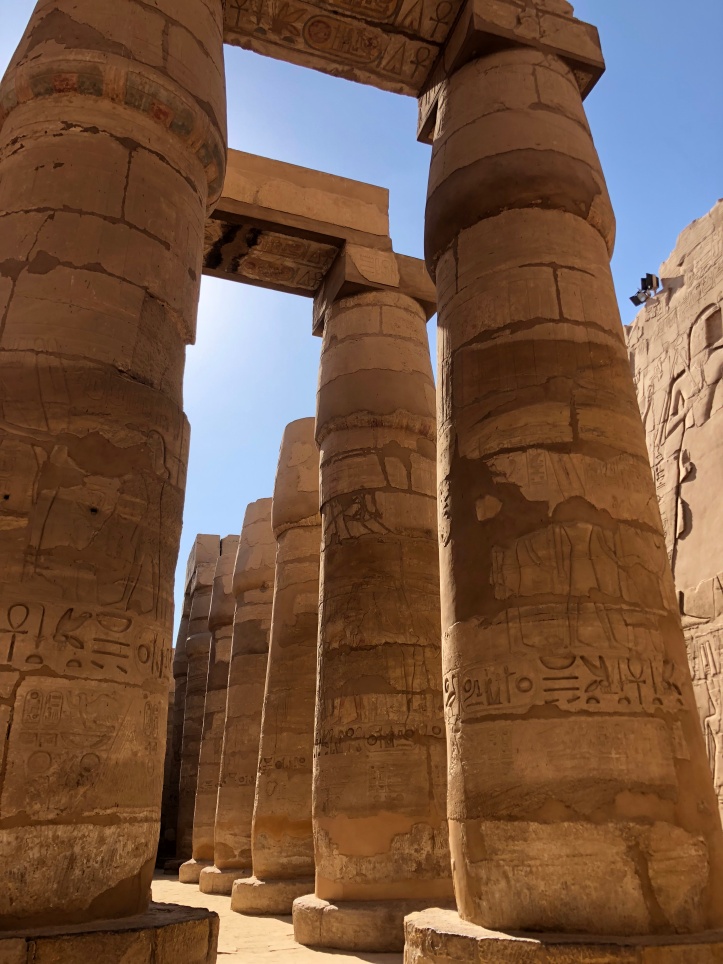 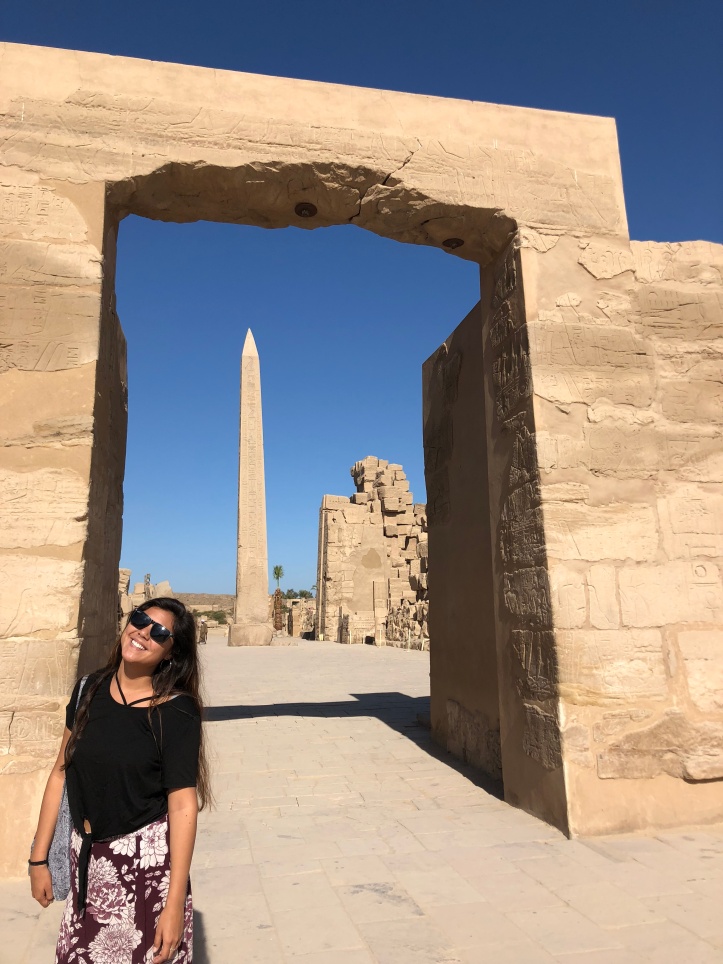 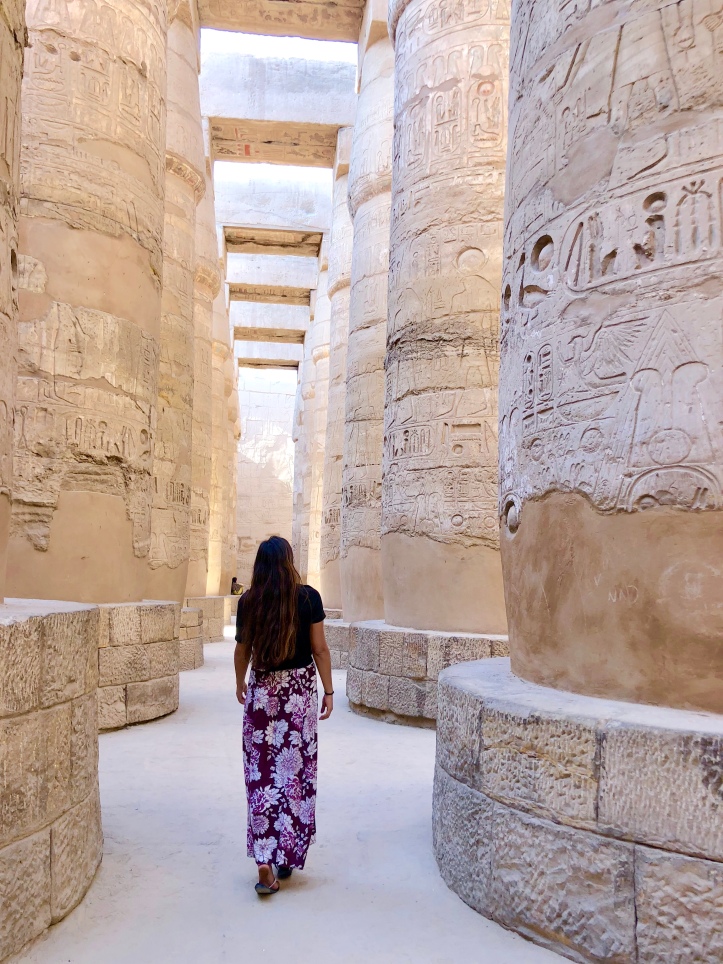 You could probably spend all day exploring this magical temple. But because we had limited time, we had to move to our next stop, which was the Luxor temple. The temple is located on the east bank of the Nile River.  It was constructed in ~1400 BCE.  Unlike other temples in Themes, it is not dedicated to a god or dedicated version of king, instead it is dedicated to the rejuvenation of kingship.  In the back of the temple was a temple built by Alexander the Great, who depicted himself as an Egyptian god in carvings to gain the respect of the Egyptians. 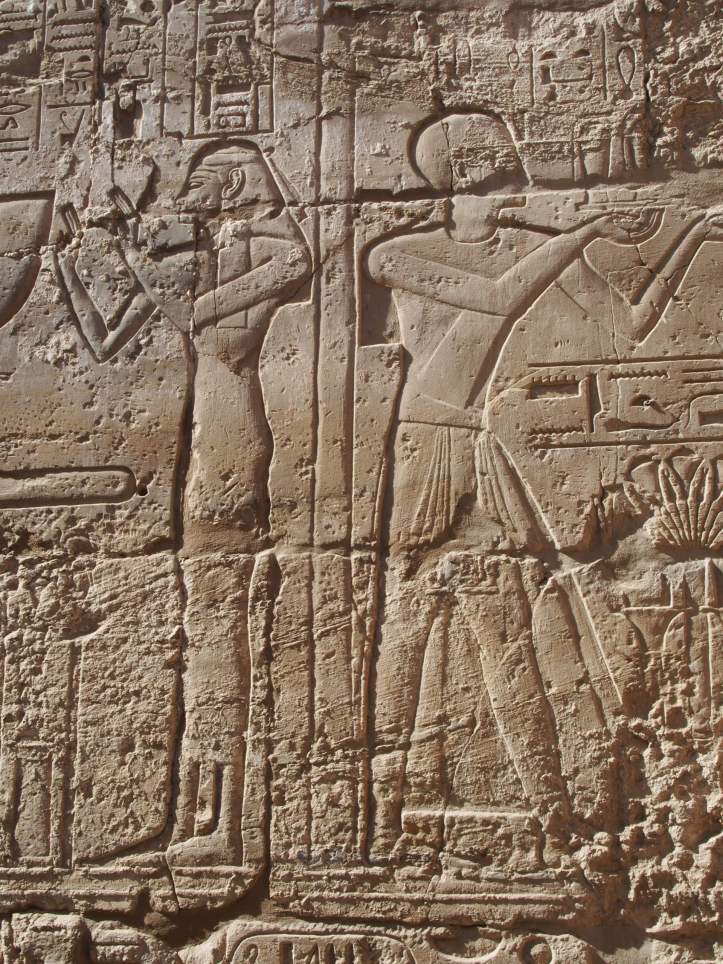 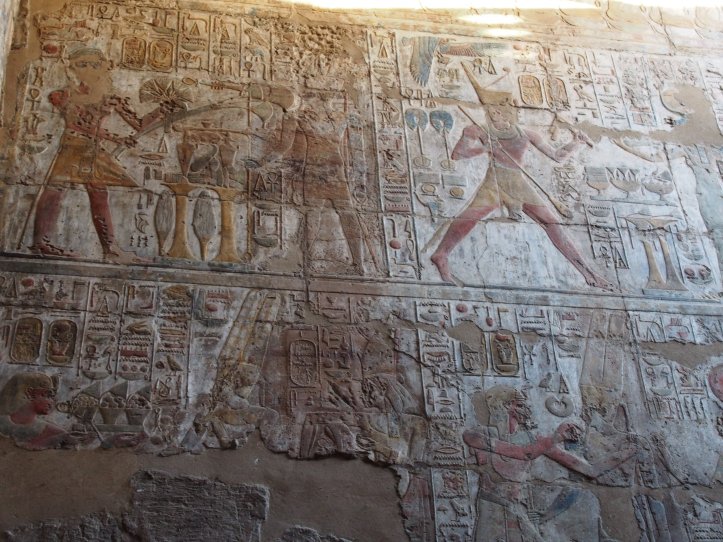 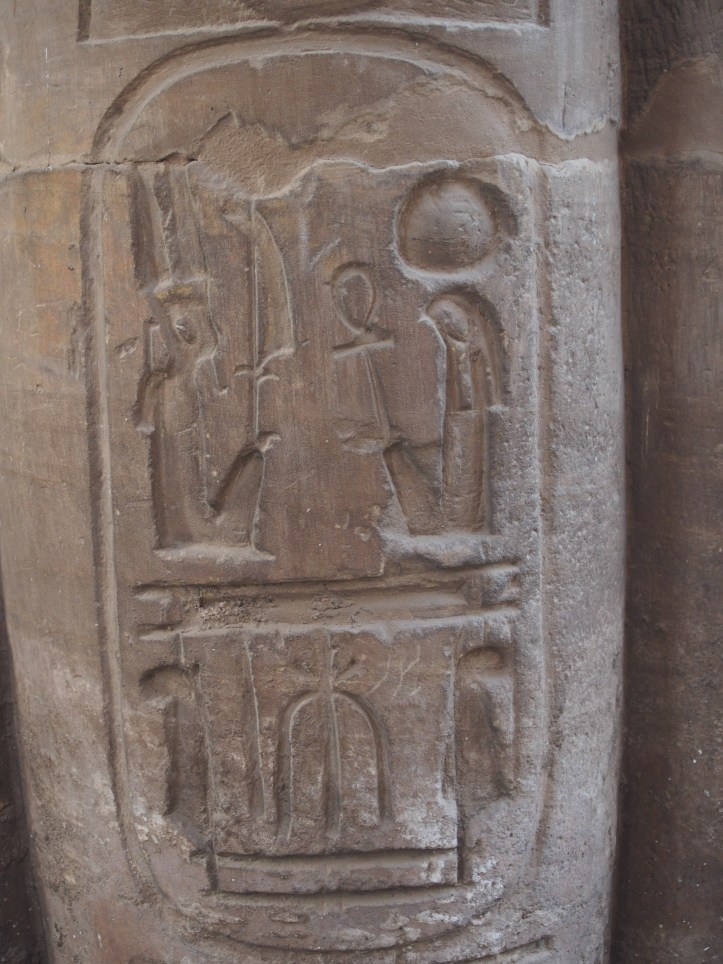 The rest of the trip was spent on returning home.  My parents stayed the night in Cairo but I had to return to KAUST for my graduation rehearsal.  It was ana amazing and quick trip, but I was blown away by the amount of things we were able to see.  I would highly recommend arranging with a tour guide, it made everything so easy and great.  If you are interested in going to Egypt, I would recommend the company we went to, so feel free to reach out and I will give you his contact info.