Updates on the research cruise

For the first few days of the cruise we had great weather. The water was cool for the Red Sea, in the low 80s. I wore a wetsuit the whole time because I’ve turned into a bit of a wimp. The first few reefs we visited were far offshore so they were pretty healthy.

Unfortunately, a few days in the winds picked up and we had a bit of a drama. We took a day to sample an area known as “dolphin lagoon”. As the name suggests, there were lots of dolphins around which was lovely. Ill add a photo Amr took with the drone. 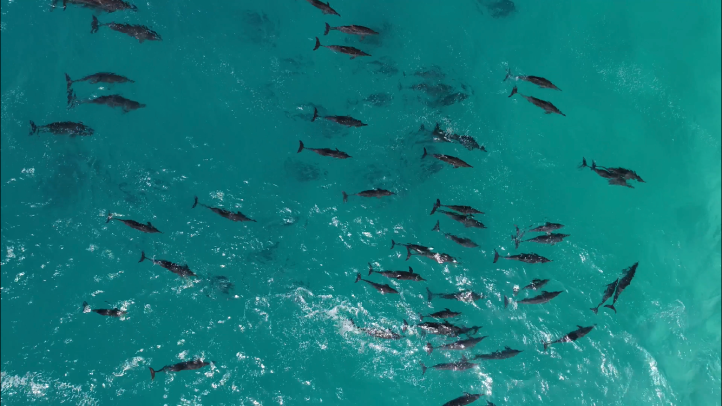 Unfortunately, the lagoon was pretty shallow with strong currents so our transects were a struggle. There were points where the currents were forcing us up against coral walls as we were trying to collect data and photos, so that was a hilarious struggle. In the afternoon we went to a deeper site for a little fun dive and took some pics.

.We stayed the night at this protected lagoon. The next morning we left at sunrise to the next reef we were supposed to sunrise. But a large amount of drama went down. The waves were massive and winds were strong, so one of the smaller boats we were pulling was filling with water. One of the men working on the boat, Benji, decided to jump in and try to bail out the small boat, so he threw on a life vest and jumped in. The people sitting on the top of our large boat couldn’t even see him the waves were so big. To make matters worse, as he was bailing out the boat, the rope snapped, so he was no longer connected to us. Thus, the big boat had to turn around and look for him. Fortunately, they were able to spot him and replace the rope. Then we returned to the dolphin lagoon which was protected from the waves. We ended up staying the entire day here to wait for better weather. We didn’t do much that day except for swim around and one fun dive.

The following day I woke up around 7 am to to great news that we were able to leave the lagoon and head to our next site. Depending on the weather, we would either be heading to an island (so I could do my turtle surveys) or we’d be going to a reef to continue with our surveys. In case we ended up at an island with a large amount of turtle activity, I prepared my temperature logger and field kit just Incase. Then spent a few hours on the top of the boat enjoying the breeze and listening to music. At around 10:00 we passed an island, but the group decided that the waves were small enough that we should keep going to the reef. I went back to my bunk and watched Netflix and then napped until around noon when we finally reached out next site. It was located at a rocky island, and we got all geared up and ready for our first dive. I was back on photo transect duty. This site was different than the dolphin lagoon that we were stuck at for two days because this new site was a wall, dropping super deep. As soon as we got in we saw a dogtooth tuna as soon as we got in the water. We got right down to our surveys, so my head was in the coral for most of the dive. But luckily, Claire got my attention and pointed out a hawksbill turtle to me. 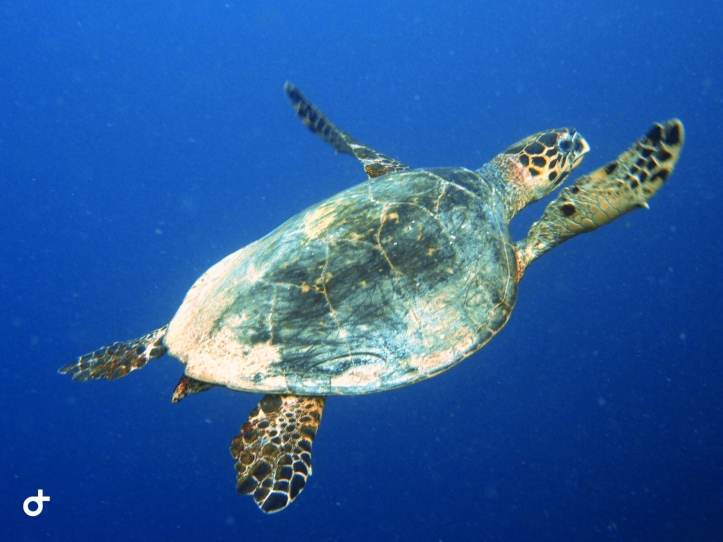 It was over top of me and then came right up to my face to investigate. Usually the turtles I have encountered in the Red Sea are pretty shy and swim away when they see a human, but this little gal came right over and looked me in the face, which was pretty cool! We continued on with surveying, and I saw some cool looking lionfish, crown of thorn star fish, and tons of soft coral which I find beautiful. 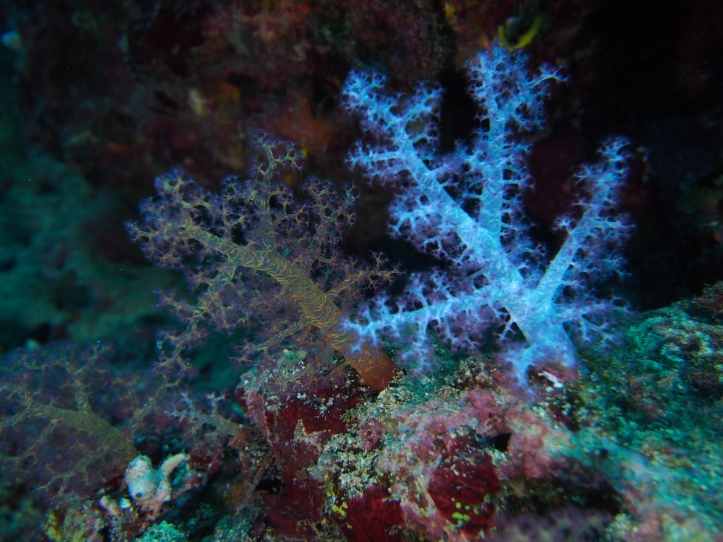 But the highlight of the entire dive was a hammerhead shark I saw swimming below us!! It was my first time seeing a hammerhead in the Red Sea. I was stoked, and I love showing other people cool things to share the excitement so I swam over to our dive assistant Amr and pointed it out and he was super excited which is always nice. Aislinn and Darren also saw it so we all came up from our dive super stoked. Other highlights from the dive were a school of bumphead parrotfish, some Napoleon wrasse, and even nagil (all of which are super rare). It was an epic dive and we even got the surveys done so we were all super happy. We returned to the boat for lunch, and I had a delicious meal of veggies, rice, and fried potatoes. After lunch we convinced the team to let us go for a fun dive, so we just cruised and took photos for about an hour. The highlight of this dive was another friendly turtle who came near us and stuck around for some time. After this second dive, we helped another team with “quick surveys”, used to ground truth habitat types that were selected using satellite imagery. It’s pretty simple, we swam to a spot, identified a habitat (off a list of 20 that the Living Oceans Foundation came up with) and then measured the percent of coraline algae (CCA) and macroalgae. The currents were a bit strong but we were able to get about 6 sites done, and Joanne came along and helped us which was lovely. We saw a few turtles too during these surveys. Lastly, right before sunset we headed to the island to walk around, and I was delighted to find evidence of turtle nesting! I saw some old nests and tracks from a turtle, which is super cool. After this, I headed back to the boat for a shower and dinner, and then did data processing (naming each photo for the transect). It was a good day, and tomorrow the weather is supposed to improve and we should have two sites to sample.