A full day in the Masai Mara National Park

Our alarm woke us up at 5:30 AM, and excitingly got out of bed. We had our daypack ready, cameras charged, and outfits ready. We went to the dining hall for our breakfast.

Our meeting time was 6:20 AM, and David and I (overly keen as usual) got into the Safari vehicle early to get the best seats (in my opinion the seats right behind the driver, so we have the best view when we open the roof and stand up- plus then we can hear everything he’s saying.

The sun was just starting to rise when we got through the gate and entered the park. It is incredible how much wildlife there is, basically waiting there at the entrance. A bunch of wildebeest, impalas, and zebras were grazing. I can’t remember if I mentioned this, but we visited during low season, which was nice cause there weren’t too many cars. Hug season is in July, when the wildebeest migrate by the millions. At this time you can see some wild action. And the chances of seeing a hunt increase. (Ps wildebeest are what killed Mufasa in the Lion King). The first predator we saw were the cheetah brothers that we saw the previous day. Cheetahs often make their kill and then eat right away before scavengers take their prey. 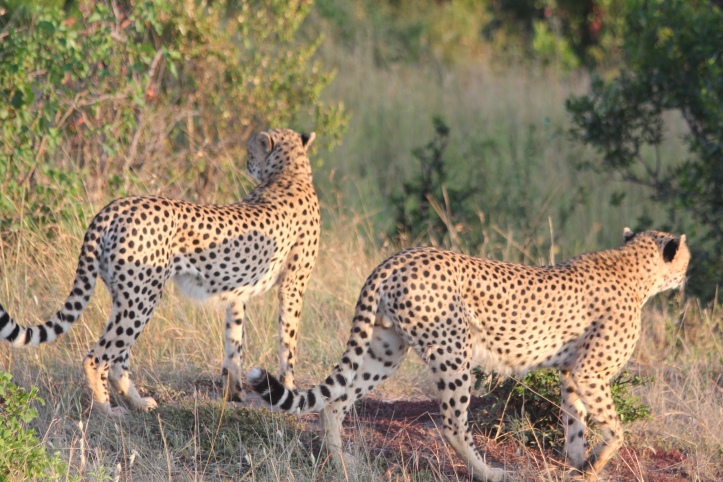 Leopards can bring their prey into a tree away from others, and lions are super strong and can fight off scavengers. Cheetahs are a bit less powerful, thus they eat their food as soon as they kill it. You can tell cheetahs and leopards apart quite easily. If you are looking at the face, cheetahs have a black mark that looks like a tear drop. Leopards don’t have this. Also cheetahs spots are circular and single whereas leopards are more mottled and not as pronounced.

We saw some hyenas next, which are pretty weird looking. They have one of the most powerful jaws, and they eat everything (bones and all). They digest in cool areas because their metabolism makes them so warm. Also their poop is often a bit white from the calcium. Also- females are bigger than the male, and they’re the dominant ones. Also- don’t know how much detail to go into here- but seriously google their genitalia and reproduction, it is WILD. Hint- females clitoris is a pseudo penis that is larger than the males.

Sorry, anyways next I will talk about lions. We saw three lions next. All of them were super chill so we could get real close and take nice photos. They were all females, and so beautiful. Did you know lions can be uniquely identified by the whisker patterns. A really awesome show is “Big Cat tales” where they follow lions, cheetahs, and leopard families in the Masai Mara, and they have names for each animal, and it’s so cool how each little lion cub has its own unique personality. 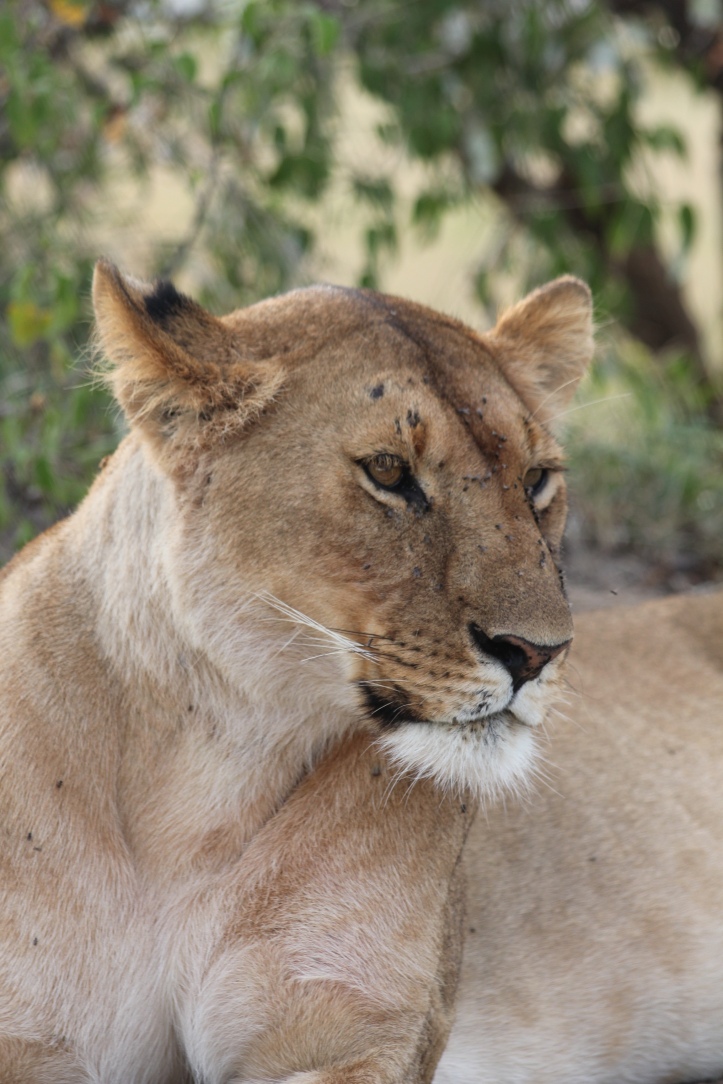 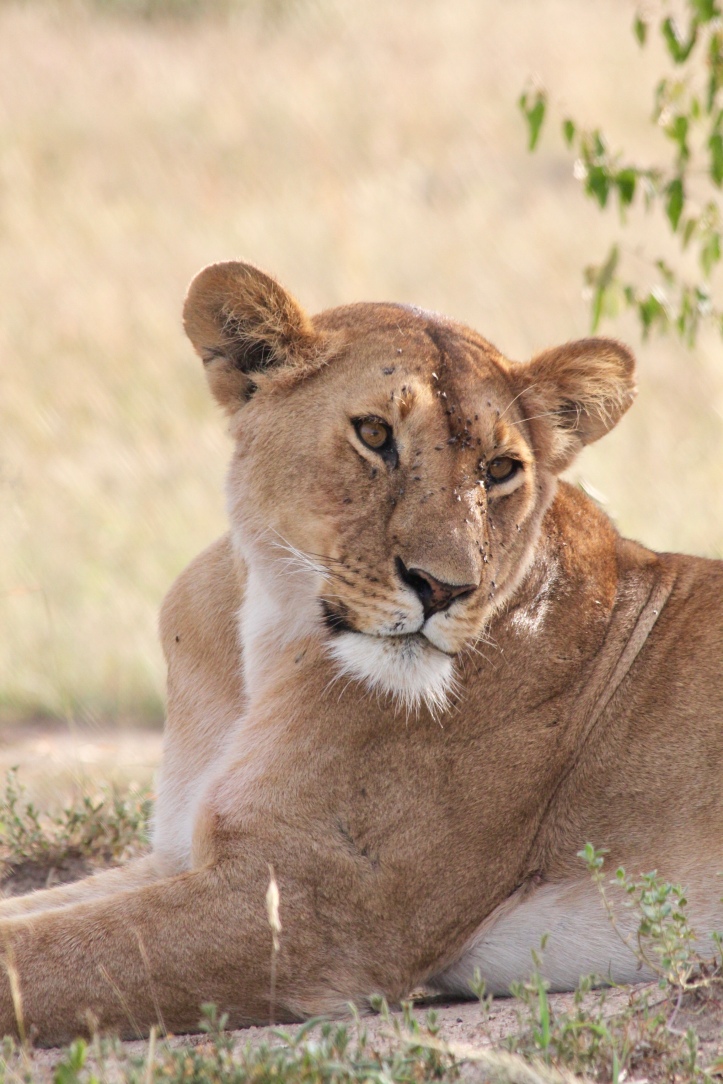 In this same show they follow five cheetah brothers. These cheetahs are actually quite famous and are featured in tons of documentaries, even the recent David Attenborough show on Netflix called Our Planet (which is amazing-highly recommend you watch this). Well during or game drive in the Masai Mara we lucked out and saw these cheetahs! All five were hiding in the grass pretty far from the road. Our driver was literally so good and predicted that they’d get hot and want to sit in the shade so we moved the car by a tree, and low and behold only a few minutes later the cheetahs were headed directly towards us! All five came literally steps away from our car to take a quick rest in the shade.

In the morning we saw another one of the big five animals, the leopard! These are super elusive and definitely one of the hardest animals to see on a safari, so we absolutely lucked out. We were looked for quite a while, because our driver had a call saying one was spotted in the area. Low and behold we found it and it crossed the street and sat in the shade of our car, literally feet away from my window. It was epic!!!

Before lunch we made a quick stop at the boarder of Kenya and Tanzania. Here there was a rock which denoted Tanzania, and we could see the Serengeti in the distance.

Then we headed to the hippo pool for lunch. We parked the car in the shade and had a picnic lunch alongside the hippo pool. We ate as the huge hippos below breathed heavily and swished their tails. After lunch we walked with a ranger on a trail alongside the river. He had a gun in case anything went wrong, since hippos are none of the most dangerous animals, which have killed people in the past. We saw a crocodile sunning on the riverbend, as well as some cool species of birds. We saw different family units of hippos, there were quite a few.

Then we crossed the river to an education center where the ranger showed us skeletons from different animal species. They had buffalo, hippo, elephant, antelope, and there types of skeletons on display. 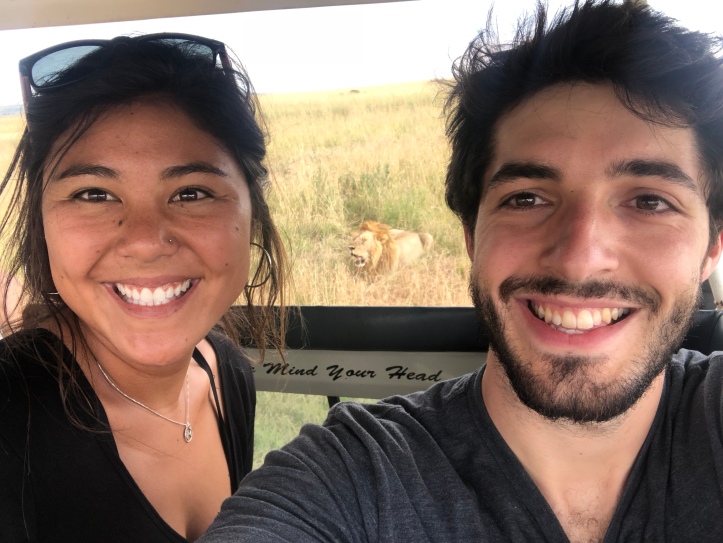 After lunch we found some beautiful male lions that were very close the road. Our driver got very close and we were able to get very close to them. They were some of my favorite animals to see since they looked so beautiful and majestic. 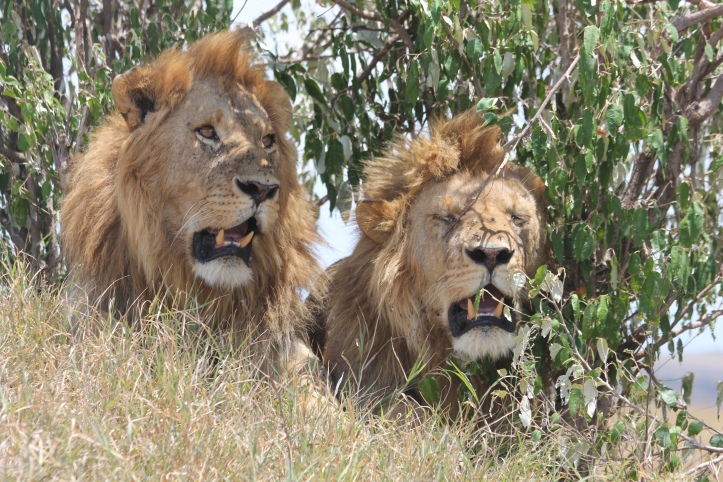 In the afternoon we had some really awesome close encounters with huge elephant families. I absolutely love watching the young elephants, they are so playful and beautiful. Their moms are usually very protective and will trumpet at the car if we get too close to the baby elephants. 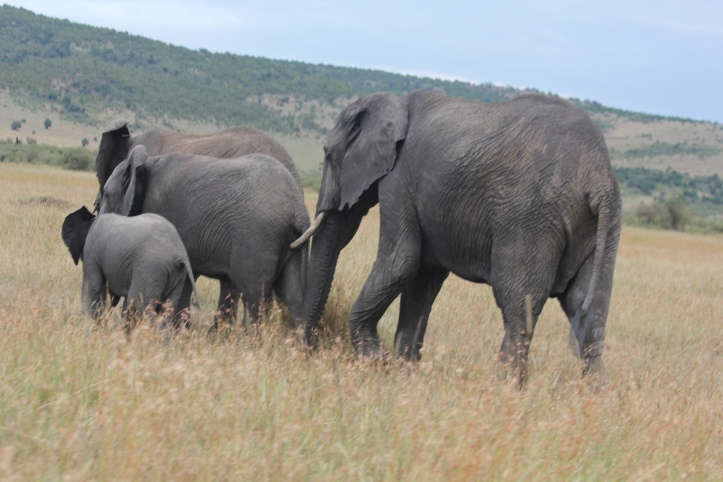 For the rest of the afternoon we drove around and watched more animals until around 5 pm, then we headed back to our lodge. We went for a walk around the village and then had dinner around 6. In the evening we began to pack up our belongings for an early next day! Overall it was the best safari experience I have ever been on, it was incredible and we saw so many animals! 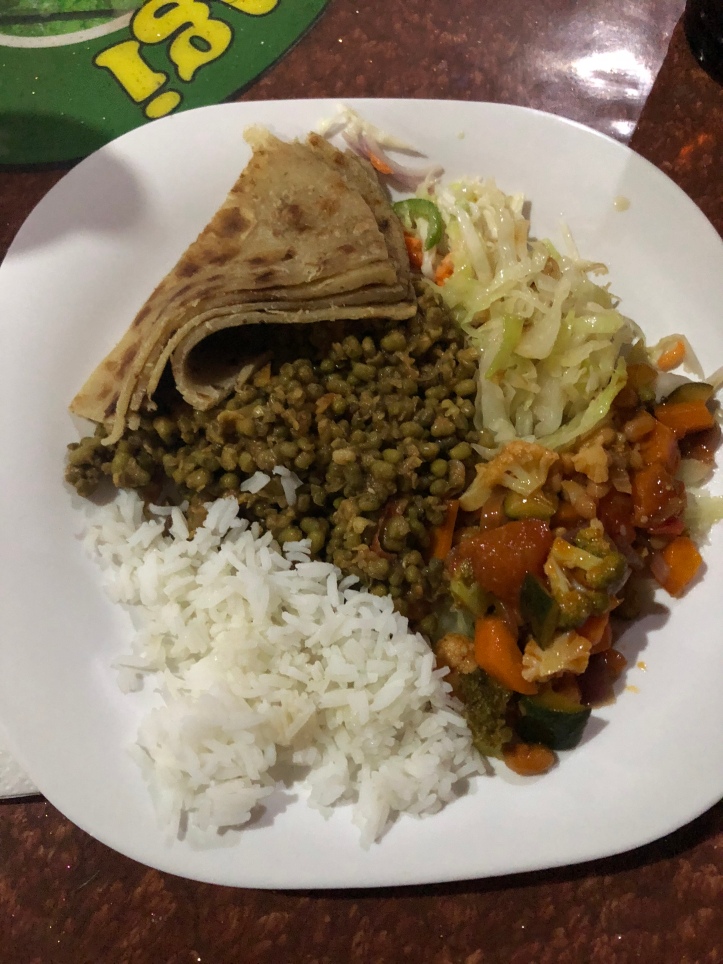