I am headed to Malaysia this week and will be away for almost two months, so I thought I would finish up writing about my trip to Turkey.

After exploring Fethiye for the day, and seeing how beautiful the ocean was from the hike, we decided to do a boat trip.  We Googled prices on line, and they were advertised from $50-$100.  But if you talk to any of the kiosks in Oludeniz that offer tours, they are way cheaper.  There were a few options of trips to take, but we wanted to go snorkeling, be out all day, and go to as many places as possible. We went with a company called DeepBlue Travel, and opted for a trip called “lazy day out” which included stops to camel beach, cold water bay, St. Nicholas Island, Aquarium Bay, Butterfly Valley, and blue cave. The trip was around $16 including a filling vegetarian lunch.

We left our hostel at around 8 AM after a small breakfast and took a bus from Fethiye to Oludeniz.  The bus that morning was free, apparently to celebrate the end of Ramadan.  We go to Oludeniz, checked in with the boat tour company, and found a nearby convenience store to buy some drinks, then boarded the boat. It was a pretty large boat with tables on the lower deck and sun mats on the upper deck.  We put our stuff upstairs to do some suntanning. The first stop of the day was called Camel beach, and George and I jumped straight into the sea.  The air temperature was very warm, around 85 degrees F, but the water was so cold.  I was really happy we brought masks and snorkels, since the water was super clear and it was nice to see the underwater world.  At the first stop we went quite a bet away from the boat and away from the people and found some sea caves that were quite beautiful. 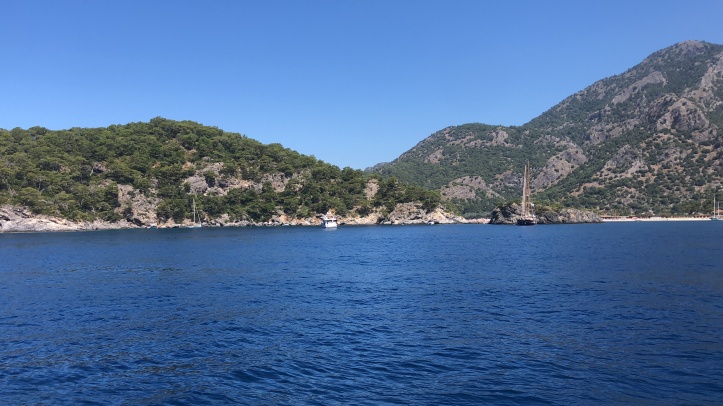 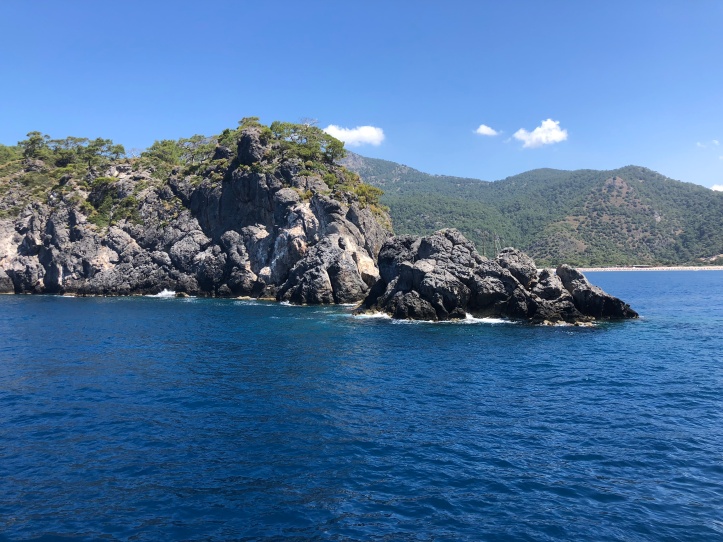 One of the highlights at this stop was finding a little octopus hiding under some rocks.  After 40 minutes of freezing our butts off, we went to a stop called Cold Water Springs, and as the same suggests, it was really freaking cold. We also saw a huge turtle as we were on the boat, but unfortunately didn’t see them in the sea at this site.

The next site is where we had lunch, called St. Nicolas Island.  There is a church on the peak which is reached from shore by a processional covered walk-way is dedicated to St. Nicolas. “There are also tombs surrounding other Churches and lower down the shoreline is riddled with the remains of dwellings. Antique jetties now stretch out into the shallow turquoise waters now submerged half a meter below sea level. Guides will tell you that this was a pirate island and Captain Hook would indeed have felt at home here.” It was a beautiful spot for lunch, and also a really nice snorkel.  You can see ancient ruins in the water, and we even saw a green sea turtle which was really cool! 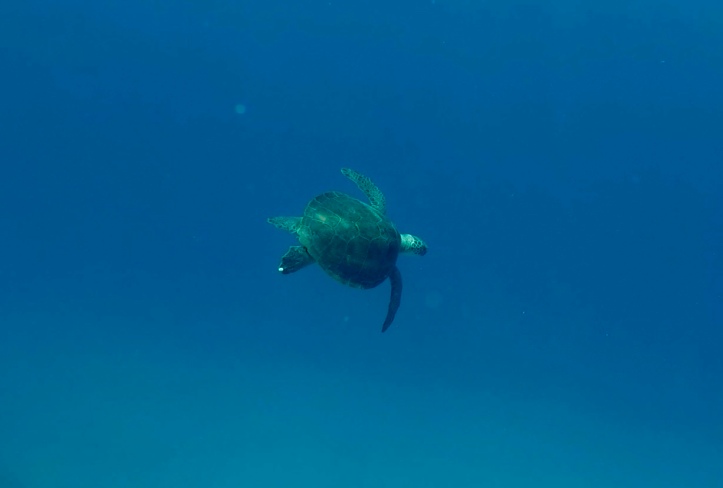 After this stop things got interested, as we headed to Butterfly Valley George and I decided to drink out wine, and because we live in Saudi Arabia and our tolerance is very low, we got pretty tipsy.  By the time we got to Butterfly Valley we were nearly done our bottle, and decided to go on a hike to the back of the valley. The valley is so beautiful and lush, and the weather was absolutely perfect. There was a waterfall in the end of the hike, but we didn’t have time to reach that. But we did see some waterfalls that poured down the walls of the valley and it was lovely. 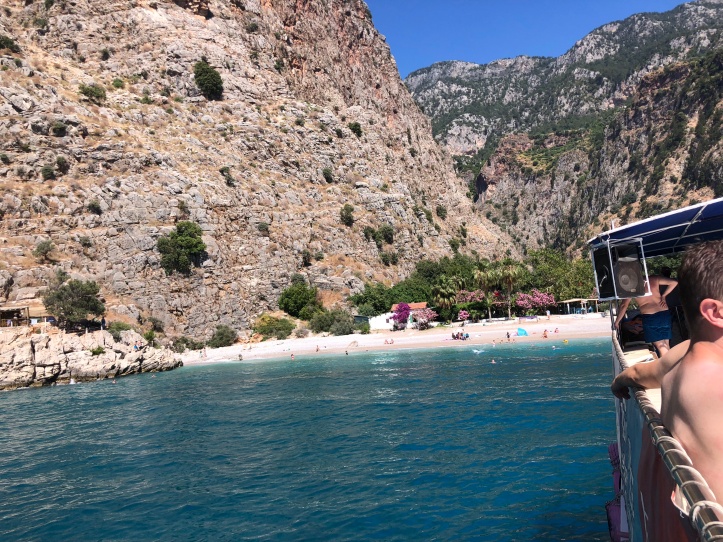 We went for one last swim, before heading back to the harbor with a quick stop at the blue cave.  By the time we made it back it was 5:30, and we grabbed another bottle and walked to a nearby beach. Our initial thoughts were to try to find some turtles, but ended up just having a fun night.