David and I spent a few nights in Kuala Lumpur before he had to return to KAUST. We found an apartment on booking.com which had a fabulous location and incredible views. We hired a driver through the apartment who had the key and showed us how to check-in, unfortunately, there was a lot of traffic so it took a little while for us to get there. We unpacked and settled a bit and then decided to walk around. To get around Kuala Lumpur we took the free bus system, grab, as well as walked a ton. This first night we went to Chinatown using the free bus. The Kuala Lumpur Chinatown was pretty massive, with lots of people and a lot to see. There were a ton of restaurants, and we were pretty ravenous so we found the first one that looked like it had decent vegetarian options. This restaurant was way more expensive compared to our favorite veggie restaurant in Miri, but I guess that prices were just a bit higher in the city. It wasn’t expensive at all- maybe $5 per dish compared to $2. We had veggie rolls, beer, and a tofu veggie dish. It was a cool atmosphere and a great spot to explore and eat. 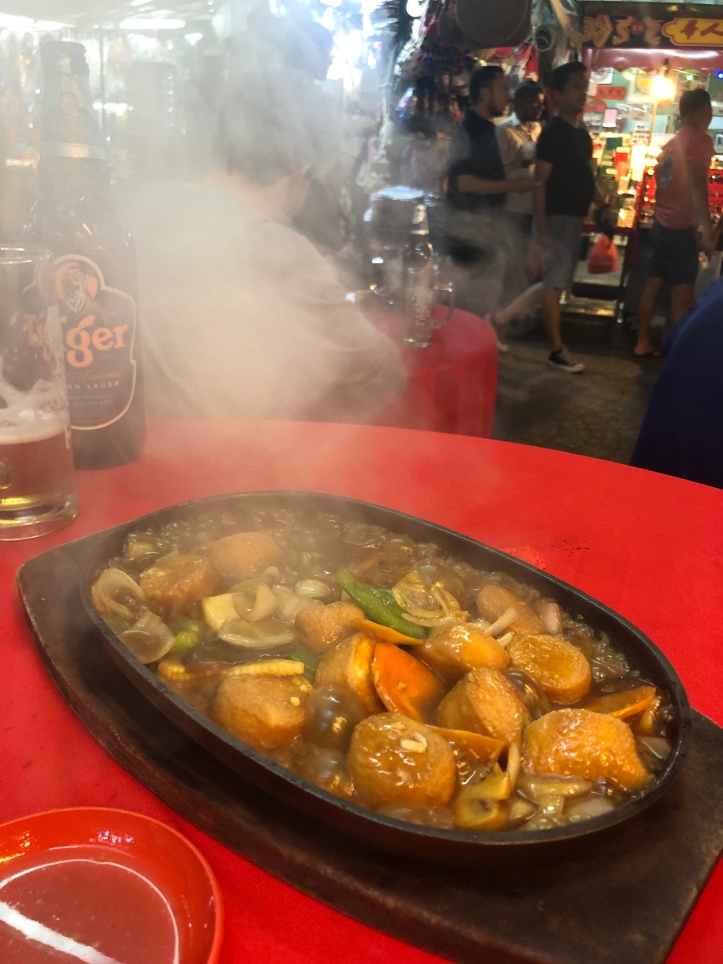 There were lots of vendors selling knock off watches, shoes, handbags, and things like that. We also saw a ton of durian vendors selling the famous stinky fruit that smells (to me) like super gross feet. But Malaysians love it, so David decided to give it a try. He liked it, I tried the tiniest bite and thought it was pretty horrible. Sort of tastes like garlic, onions, and rotting feet. After dinner we walked around to some of the temples in the area and then decided to get some sleep and around 10 headed back to the apartment, again using the free bus.

The next morning we woke up bright and early to try to get to the Batu caves before the crowds. We hired a grab, which was pretty cheap ($5ish to take us a half-hour out of the city). This temple was definitely a highlight for me, it was gorgeous with amazing colors. We lucked out and when we arrived it was super quiet. We climbed up the stairs and were in awe by the beauty. At the top of these brightly colored stairs is a massive cave, where inside there are several different temples. When we went there was beautiful music playing, and they were worshiping. There is an opening on the top of the cave, resembling a giant skylight. Birds were fluttering about overhead and it was a really beautiful sight. There were also some monkeys running around in the temple area. There were two main temples, one requiring taking even more stairs, so you can imagine just how massive this cave was. It’s hard to describe how majestic this place is, so I’ll just post some photos to show you. 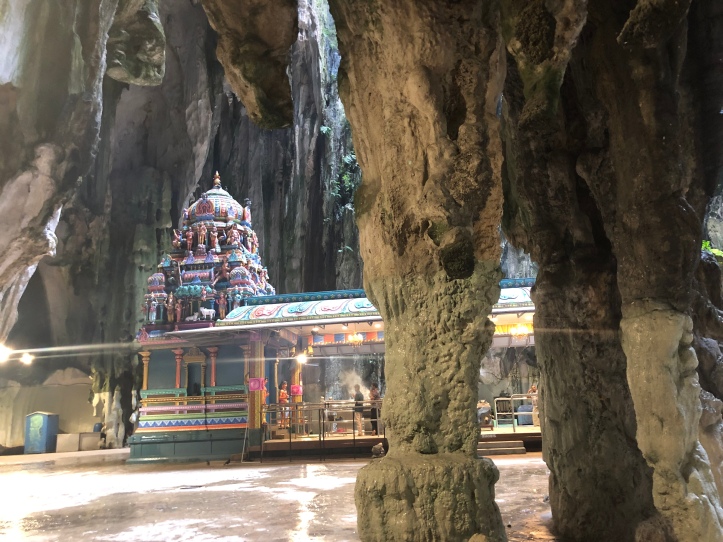 After we left Batu Caves we decided to look for the train station to make our way back to the city center, but we happened to stumble upon yet another temple. There are a few in the area, we skipped the one right next to Batu Caves because it was pricey and they had a little zoo that looked a bit sad and unethical.  But we found one called Ramayana Cave that was only a few bucks but totally worth it, especially considering that Batu Caves is free to enter. So this second temple was also in a cave and was super colorful with a lot to see. 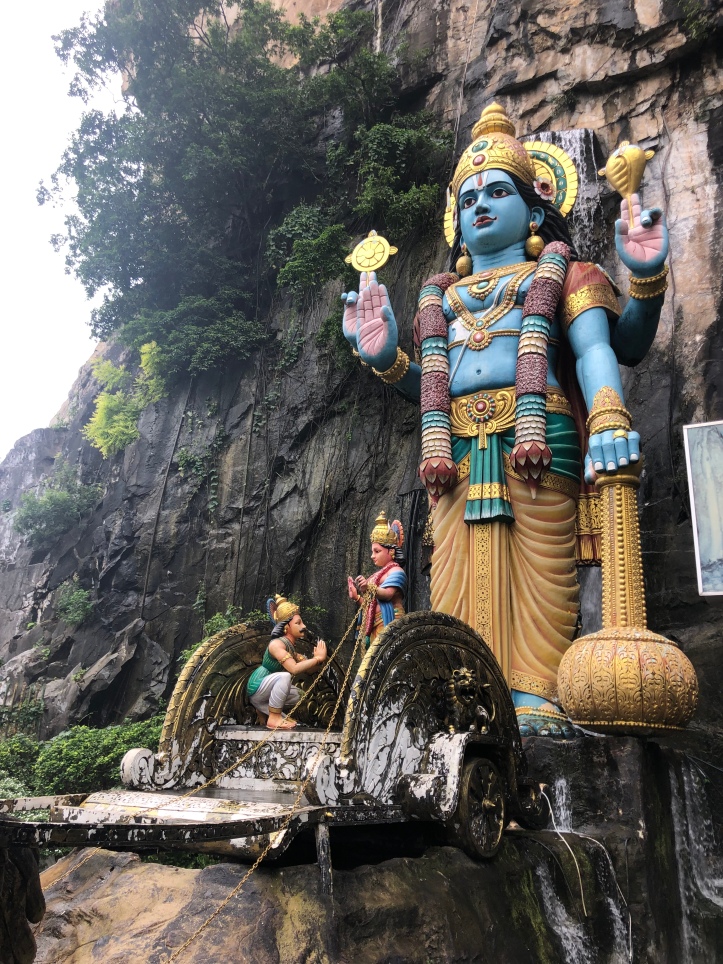 Next, we took the train to Chinatown where we found more temples we didn’t get to see the day before, and found a large market for lunch. 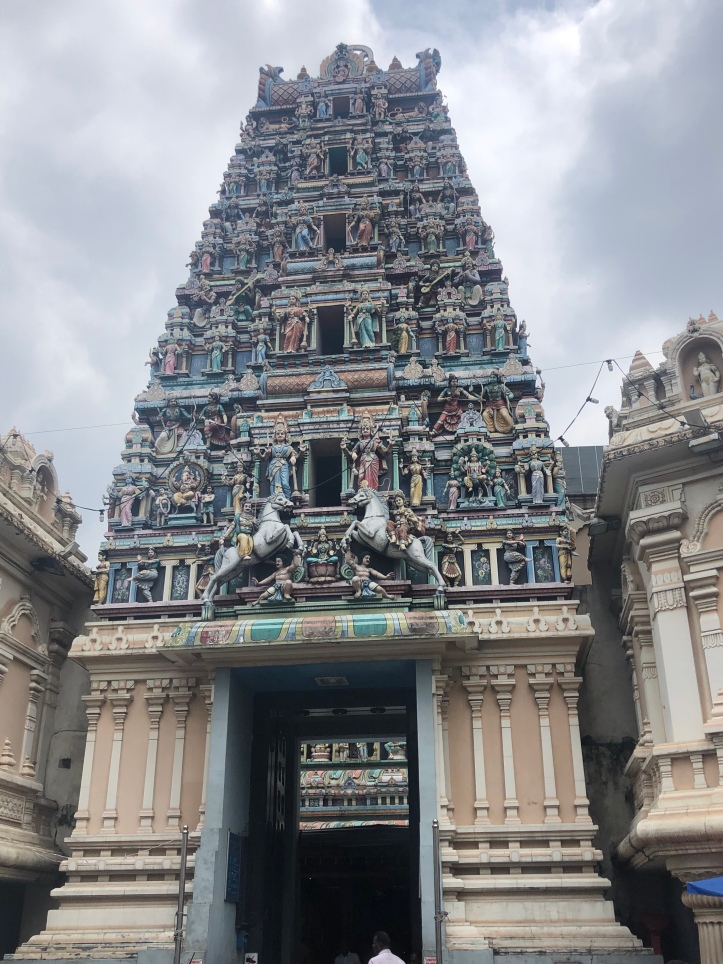 Afterwards, we went to the massive park in KL.  We paid to go check out the bird park, which was massive with tons of birds. Then for the rest of the afternoon we adventured around ht park. There was an area with deer, a large orchid garden and botanical garden, and even a butterfly garden. It was lovely. In the evening we took a Grab to little India where we had an incredible hour-long massage.  Followed by one of my favorite meals of the trip (we actually visited twice) and it is called Mr Naan and Mrs Idli. Literally so delicious.  I don’t know much about Indian food so we talked to the waiter about the kind of foods we like and we came back with an incredible selection for us. It was fabulous. 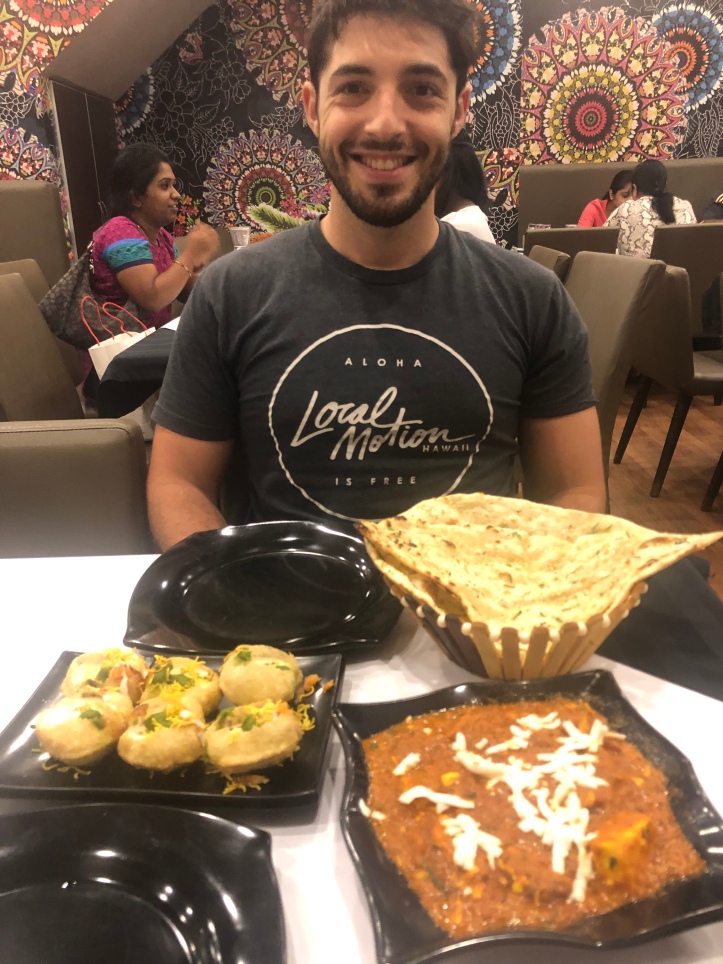 After dinner we went to the famous Twin Petronas towers for a good view of these buildings at night.

It was a lovely evening, and by the end of the day we were pretty tired and slept well.  The next day was David’s last day. We woke up and had breakfast near our hotel. We decided to get a ticket to the hop on hop off bus to get a narrated tour of the city. We stopped off at KL ecopark and did a little hiking and walking, followed by some delicious ice cream to cool us off while we waited for the next bus. 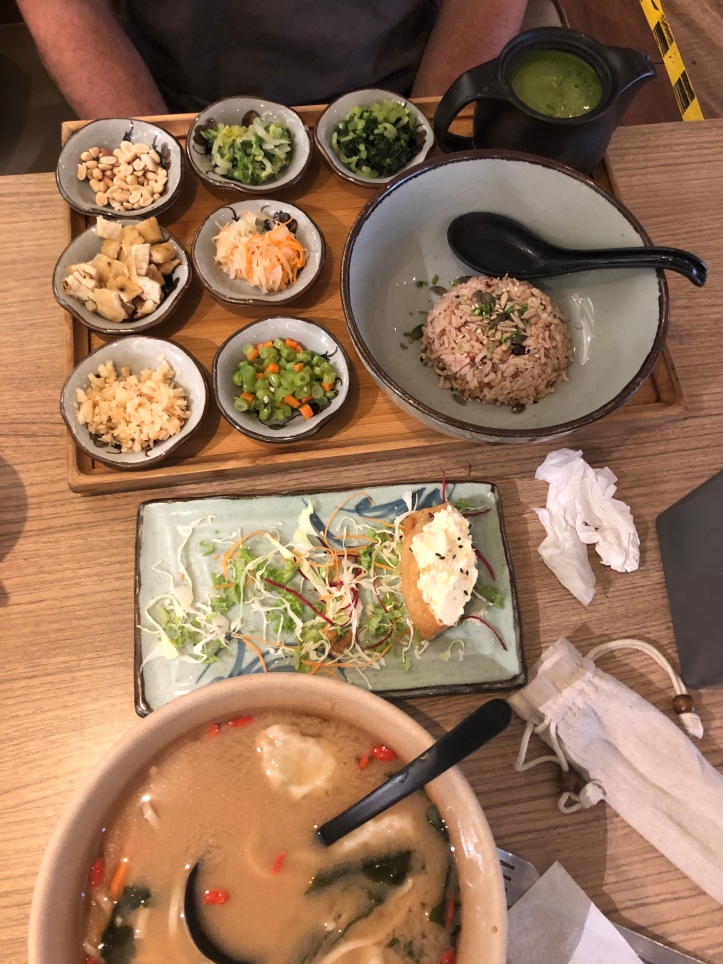 We went back to the Pavillion area to find a good vegetarian restaurant which was in the mall.  I even was able to go to my all-time favorite store, Lush Cosmetics, for some bath products. We took the bus back to China Town and got yet another massage, and ate once again at  Mr Naan and Mrs Idli. It was fabulous!  Our last mission was to find David some durian to try, so we went back to Chinatown.  In the evening, we checked into my hotel that I would be staying at for the duration of the conference. There is a super fancy rooftop bar and pool so we had a few drinks there and enjoyed some music.